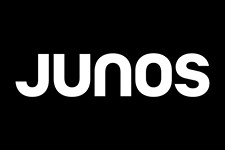 For the first time since the award show began touring across the country in 2002, London, Ontario will host The 2019 JUNO Awards along with all JUNO Week festivities, March 11 – March 17, 2019. The 48th Annual JUNO Awards will be broadcast live on CBC from Budweiser Gardens, on Sunday March 17, 2019.

Several JUNO nominees, winners and past judges are connected to Western - as alumni, faculty and students. Check out our list here and if we've missed anyone, please contact Rachel Condie, Marketing and Communications Coordinator for Western's Don Wright Faculty of Music, at rachel.condie@uwo.ca.